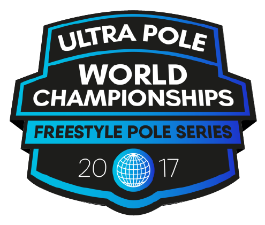 The International Pole Sports Federation (IPSF) is thrilled to announce the official launch of the innovative and much anticipated new style of pole; ULTRA POLE! This intense new discipline is a higher octane version of Pole, more akin to the extreme sports you might see at the X-games, and will feature Ultimate Trick Battles where athletes trick out against other competitors in high energy, attitude infused, battle rounds.

The Ultra Pole rules have been created to encourage innovation, embolden creativity, elevate freedom of expression, and escalate ultimate athleticism. In contrast to Pole Sports, it will not be subject to the IPSF traditional Code of Points scoring system, and ULTRA POLE will include a spirited and engaging crowd participation component. The 90 second Trick Battle format, by design, encourages athletes to express their ultimate acrobatic skills and creative inspiration. The trick battle takes place on a static pole with each athlete taking turns to outperform the other.  With the addition of Ultra Pole, it is the IPSF’s intention to keep bringing our sport to the cutting edge. We are continually evolving to support and include the diversity in our rapidly growing Pole community.

Ultra Pole will debut in an Inaugural Exhibition Competition at the 2016 World Pole Sports Championships taking place during the finals. Come and see the groundbreakers, pioneers and the ambassadors of this radical new competition. This year’s participating athletes will be showcasing their creativity, intensity, and outright athleticism by way of their biggest and baddest tricks and combos; paving the way and setting the standard for all other subsequent athletes to compete in this ultimate crowd pleasing style of pole.

IPSF National Federations and Endorsed Competitions will be rolling out this emboldened new style over the coming year and the 2017 World Pole Sports Championships will feature the First Annual World Ultra Pole Championships during World Pole Weekend 2017.

This is the first discipline in a set of three to be launched in the IPSF’s new Freestyle Pole Series over the coming 12 to 18 months. The other two disciplines include Pole Art, bringing the new rules together with more freedom of expression; and Urban Pole, the final piece of the puzzle, which brings pole to the outdoors.

Get Tickets now to see the ULTRA POLE debut of this sensational new groundbreaking discipline and the World Pole Sports Championships 2016!

At the World Pole Sports Championships